Polish Military: With Warsaw already threatened from the west, Marshal Edward Rydz-Śmigły relocates his Polish Army headquarters further east from Warsaw to Brest-Litovsk (Brest, Belarus). He and the rest of the government now realize that the line of the Narew cannot be held.

Battle of Poland: Westerplatte, which the Germans had attacked first thing during the invasion, finally falls to the Germans. It had held out for a full week and inspired resistance elsewhere despite intense German shelling. Its fall is a shock to the nation. However, it remains a national symbol of resistance somewhat akin to the Alamo in the United States. The battleship Schleswig-Holstein, which had begun the war by firing on Westerplatte, now switches its fire to the Polish naval base at Hela.

The Polish town of Wizna is part of the Polish line of defenses of Łomża. The 10th Panzer Division of the XXI Army Corps (General Nikolaus von Falkenhorst) captures it, but the retreating Poles blow up the bridge across the Narew. German patrols cross the river late in the day and attack Giełczyn, but are stopped. This becomes part of the larger battle of Łomża,  which straddles the Narew River. Around mid-day, the 21st Infantry Division advances directly into Polish defenses at Łomża without preparation (aside from scattered Luftwaffe attacks in previous days) but is repelled. The Germans lose 6 tanks and relatively heavy infantry casualties. The Poles hold out, causing the 21st ID to withdraw north and taking 57 German prisoners.

German radio announces that its forces have reached Pultusk, 30 miles north of Warsaw.

Western Front: The French Army mounts an expedition in the Saarland against German screening forces. The area is in peacetime conditions, with German power plants still supplying the French towns with electricity.

Operation Saar, one of the more controversial episodes of the war because of its missed opportunities, is launched by French General Maurice Gamelin's Third, Fourth and Fifth Armies (11 divisions total). They advance timidly into the Cadenbronn and Warndt Forest salients. The advance is extremely measured, and the German outposts retreat without any fuss. The Germans leave behind placards in French stating that Germany has no quarrel with France. They also position loudspeakers blasting propaganda message in French with a similar theme. The defending German forces are light in infantry and have no panzers. They also are very weak in anti-tank weapons. The French military, of course, knows none of this.

Along with the propaganda efforts, the Germans have mined the roads and fields and booby-trap the towns. General Gamelin orders the hesitant French infantry to drive a herd of pigs through the mines, with many of the animals blown up.

Hitler appoints General Kurt Freiherr von Hammerstein to be the commander of Army Detachment A, an ad hoc force for the defense of the Siegfried Line. Hammerstein is overdue for retirement, and his appointment is an expression of Hitler's desire that nothing dramatic occurs along the Western Front. Factories in Saarbrücken continue to operate as normal with French forces just miles away and virtually no defenses in between.

Battle of the Atlantic: Winston Churchill organizes and sends out the first British convoy to America. However, many ships still sail without convoys due to being particularly fast or slow. These are called "independents" and provide the easiest targets for U-boats.

The Dutch steamship Batavia is attacked but the torpedoes miss. British freighter Olivgrove is sunk in the Bay of Biscay 200 miles northwest of Spain.

Hitler meets with Admiral Raeder, CIC of the Kriegsmarine. He issues the Athenia Order, which is that "in order not to provoke neutral countries, the United States, in particular, it is forbidden to torpedo passenger steamers, even when sailing in convoy. Warfare against French merchant ships, attacks on French warships and mine laying off French ports is prohibited."

German Government: The death penalty is prescribed for anyone "hindering the defensive power of the German people."

United States Military: The military takes over control of the Panama Canal.

United States Homefront: In the Webster Times of Webster, Massachusetts, the big news is of the finale of sailboat racing at the lake. 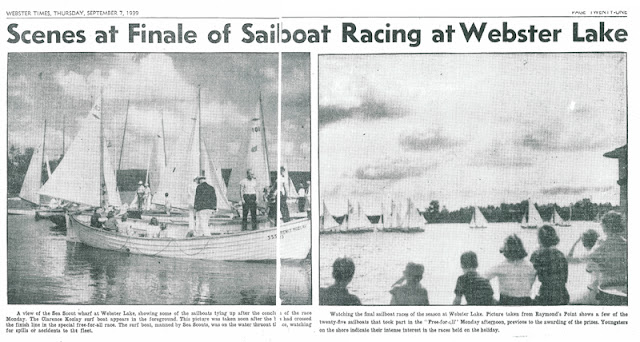