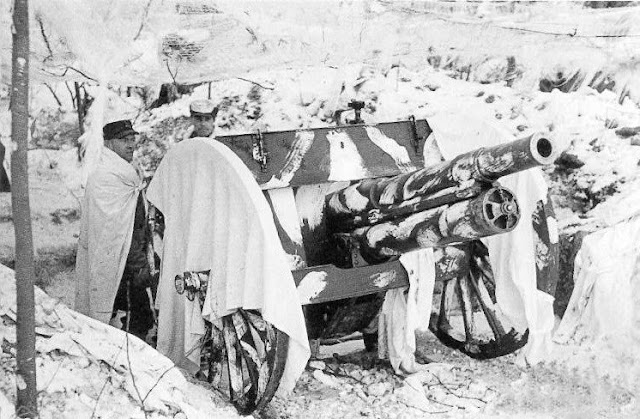 Winter War: It is Finnish Independence Day, 6 December 1939, and it is especially poignant with the country fighting to retain that independence.

Winter War Air Operations: Italy makes a gesture by sending 50 airplanes to Finland to aid the defense. Great Britain also sends airplanes and other armaments. Volunteers also are pouring by sea and air to Finland from other European countries.

Winter War Army Operations: The Soviet 7th Army begins its attacks on the Mannerheim Line on the eastern end of the Karelian Isthmus. So far, the line is working exactly as planned. It is not some masterpiece of military might - more like a bunch of tank ditches - but the Soviets are up against the fixed defenses, the truly skilled and desperate Finns, and the weather. It is becoming roughly an even match. However, the Soviets do have massive numbers behind them and are thus never in any danger of losing the initiative.

The Battle of Taipale begins along the shores of Lake Ladoga on the Karelian Isthmus. The Finns have the advantage of coastal batteries there which they can use against land targets also. It is not considered the highest priority defensive sector, and the Soviets have made less progress here than elsewhere, but any breakthrough of the Mannerheim Line would undermine the truly vital components of the Finnish defenses further west. This also would forfeit the protection of natural barriers such as the Suvanto River. Minimal as the Mannerheim Line might be, it is at least something, a point of reference in the endless forests. The Soviets are taking a lot of casualties at the Taipale River near the eastern coast.

Winter War Naval Operations: The Soviets complete their occupation of the islands off the Finnish coast. Largely undefended and small, they are of little military or economic value.

Battle of the Atlantic: The Germans lay more mines at night off the east coast of England, both by seaplane and destroyers.

British minesweeping trawler HMS Washington strikes a mine and sinks off the eastern coast of England near Great Yarmouth. One crew member survives.

The U-31 also torpedoes the 1,974-ton Swedish freighter Vinga. All 22 crew survive. The U-31 is operating about 100 miles east of Dundee, Scotland.

U-47 (Kapitänleutnant Günther Prien) torpedoes the 6,214-ton tanker MV Britta about 45 miles southwest of Longships Lighthouse in southwestern England. Six perish and 25 survive, picked up by the Belgian trawler Memlinc.

Admiral Graf Spee refuels from the Altmark. It is about 1,700 miles from Montevideo, Uruguay. The Admiralty has learned of the Graf Spee's sinking of a ship off of St. Helena. Commodore Henry Harwood guesses that the German pocket battleship will head for the River Platte and has been sailing his three cruisers (HMS Exeter, Achilles, and Ajax) toward there for some days now.

President Roosevelt, in a rare rebuke of the British during the war, sends a diplomatic note protesting the British "reprisals" for the German magnetic mines. He does not believe it is proper to seize German goods on neutral vessels. The British practiced a similar policy during the First World War.

The British release from detainment at the Downs the US freighter Yaka.

Convoys OA 48 and OB 48 depart from Southend and Liverpool, respectively.

European Air Operations: Air activity has slackened in recent weeks due to the poor weather. Nevertheless, the Luftwaffe is still intent on overflying Great Britain for various purposes. Today, a wrecked Heinkel He 111 bomber is found on the East Anglian coast. Other aircraft are sighted over the Orkneys. The weather hampers attempts to intercept all of these flights, but it also is causing the Luftwaffe pilots problems.

Anglo-Finnish Relations: President Roosevelt sends a message to President Kallio. The US has never had any issues with Finland.

German/Romanian Relations: The German and Romanian governments reach an agreement for the Romanians to reserve a set fraction of their oil production for the Reich. Oil is always one of Hitler's top concerns, and for good reason.

British Government: The government issues a statement to the press questioning why neutral countries are not doing more to assist the Allies in their blockade of Germany.

Field Marshal Archibald Wavell, the UK's General Officer Commanding-in-Chief of Middle East Command, arrives in London to confer with the general staff. So far, his theater of operations has been quiet.

China: The Chinese winter offensive gets in motion with an attack by the 1st War Area on the Japanese 1st Independent Brigade in the vicinity of Anyang.

The Japanese are still launching spoiling attacks against the Chinese at Wenhsi and Hsia Hsien. 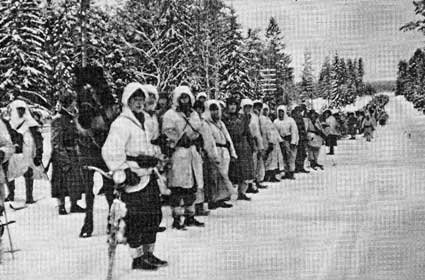