Winter War: British volunteers leave to join the Finnish forces on 27 February 1940. Many of the volunteers from other countries such as England, while good-hearted and motivated, are young, naive and unsuitable for combat in the harsh conditions of the Finnish forests. The other Scandinavian nations stand firm in their resolve to remain neutral. Stockholm does take in 300 Finnish children refugees.

The V-line switch position slips further during the day, so at 19:00 toward evening commander of the Finnish Army of the Isthmus, Lieutenant-General Erik Heinrichs authorizes a further withdrawal to the T-Line. This is the final prepared line on the Karelian Isthmus but certainly is no better than the Mannerheim Line. An efficient retreat ensues.

Winter War Army Operations: The Soviets attack the islands in the Bight of Viipuri. This is part of a broader pincer move against Viipuri, the true prize on the Isthmus of Karelia.

They also launch attacks at Taipale. In the Far North, the seesaw battle near Petsamo turns the Soviets' way after a day-long struggle.

Winter War Peace Talks: Finnish Foreign Minister Väinö Tanner is back in Stockholm to continue his negotiations with Madame Kollontai, the Soviet ambassador to Sweden.

European Air Operations: The RAF shoots down two Heinkel He 111 bombers, one over the Firth of Forth and one over the Northumberland Coast.

The RAF sends reconnaissance flights over the Heligoland and German north sea coasts and down along the western German frontier. Bombers drop propaganda leaflets over Berlin.

Battle of the Atlantic: First Lord of the Admiralty Winston Churchill once again claims huge losses for the German U-boat fleet. In actuality, relatively few U-boats have been sunk so far and the U-boat fleet is growing, but there is no way for the public to know this.

British authorities at Gibraltar detain the US freighter Sundance.

Soviet Military: At a meeting of the Defense Committee, the decision is taken - after much design work - to produce new tanks for the Red Army: A-30 (wheel-track, 30 mm armor, 76.2 mm gun) and A-32 (purely caterpillar construction). Experience in Finland has shown the value of tracked tanks. Stalin and Voroshilov attend.

American Homefront:  Howard Hesseman is born in Lebanon, Oregon. He becomes famous as an actor in the 1970s for television shows "WKRP in Cincinnati" and "Head of the Class."

Everything is still sunny in the States according to Life Magazine. 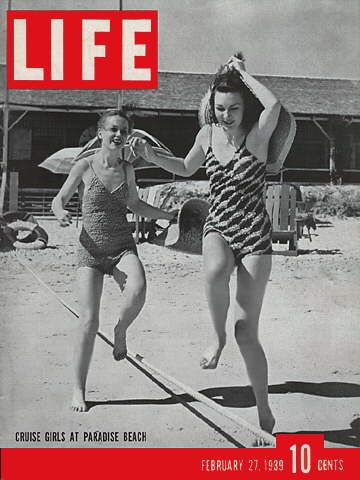