Winter War: The Finns admit in a 9 March 1940 communique that the Soviets have established a beachhead on the far (northwestern) shore of Viipuri Bay. However, they are quick to add that everywhere else the line is holding.

The British and French still promise assistance, but they want a formal request for assistance. Their offers are cynical: while they promise 12,000 troops, only 4,000 are allocated to Finland; the rest would be to seize control of iron ore mines in Norway and Sweden.

Winter War Army Operations: While there are no major breakthroughs, the Finnish positions are deteriorating. They evacuate key positions in the Gulf of Viipuri.

Winter War Air Operations: The Finns perform strafing missions with nine Moranes and a Fiat, destroying 6 trucks, and also shoot down 2 Soviet I-153 and a Tshaika. Ten new Hawker Hurricanes, much more advanced than current planes on either side, arrive at the Sakyla base, but must be worked up and pilots trained on them.

Winter War Peace Talks: The Soviets are demanding a huge slice of Finnish territory to the west of Lake Ladoga, including Salla in Lapland. The Finns are aghast, because they never expected to lose all access to Lake Ladoga. Marshal Mannerheim calls at 17:00, and he tells PM Ryti that General Heinrichs, in charge of the most sensitive area of defense on the Karelian Isthmus, says that there is no military hope. Mannerheim thus urges acceptance of the Soviet terms, draconian as they may be perceived.

Battle of the Atlantic: U-14 (Oberleutnant zur See Herbert Wohlfarth) has a big day.

First, at 05:42 U-14 torpedoes and sinks 1,097-ton British freighter SS Borthwick north of Zeebrugge. All 21 aboard survive. Next, U-14 torpedoes SS Abbotsford at 11:30. The freighter does not sink, and 643 ton SS Akeld turns around to assist. U-14 then puts a torpedo into the Akeld, which sinks. U-14 then turns back to the 1,585 ton Abbotsford and puts a second torpedo into it, sinking it. All crewmen are lost on both ships, 19 on the Abbotsford and 12 on the Akeld.

U-38 (Kapitänleutnant Heinrich Liebe) spots a fleet (6 ships) of neutral Irish trawlers in the Donegal Bay fishing grounds. It should not attack at all, because the trawlers have their lights on, indicating neutrality. However, U-38 surfaces and fires a warning shot anyway - which hits the trawler Leukos. The Leukos sinks and all 11 aboard perish.

British freighter Chevychase hits a mine and sinks.

The British at Gibraltar detain US freighter Exmoor.

Anglo/Italian Relations: The British authorities release the 13 Italian coal ships that they have been holding near Kent. However, they warn the Italians that they must find an overland source of supply. The timing is interesting because it comes on the eve of a visit to Rome by Nazi Foreign Minister Ribbentrop. This resolves the "Coal Ships Affair."


German Military: Admiral Raeder, who is the de facto head of the proposed invasion of Denmark and Norway, cautions Hitler that the British and French may occupy Norway at the earliest opportunity. They will use assistance to the Finns, he cautions, to seize strategic positions throughout Scandinavia. Thus, Operation Weserubung should be executed at the earliest opportunity.

Canadian Military: In a pungent show of team spirit, Canadian soldiers who left their hockey team to serve their country with the BEF don their Toronto Maple Leafs team jerseys while training in England.

British Homefront: The UK press, which has a mind of its own, accuses US industry of war profiteering. Ambassador to the Court of St. James Joseph Kennedy replies, "We're not playing Shylock, getting rich off misery." He also rather pointedly adds, "America's desire to stay out of this war is getting stronger."

Finnish Homefront: Reserve Lieutenant Martti 'Make' Uosikkinen, a gymnast who is one of Finland's top athletes, is killed in action at Kollaa.

Holocaust: Polish Jews from Lodz who have been forced to move into the Jewish Ghetto find conditions there deplorable: "A refuse dump choked with rats. A stinking toilet full of melting snow. A leaking roof. 1 little room for 7 people," says Irena Liebman.

Future History: Raúl Juliá is born in Floral Park, San Juan, Puerto Rico. He becomes famous as an actor in the 1960s and 1970s for appearances on Broadway, television shows such as Sesame Street, and films such as "Kiss of the Spider Woman." He passed away in 1994. 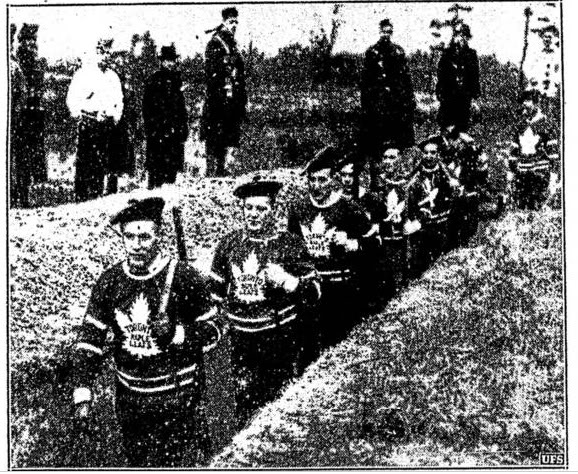