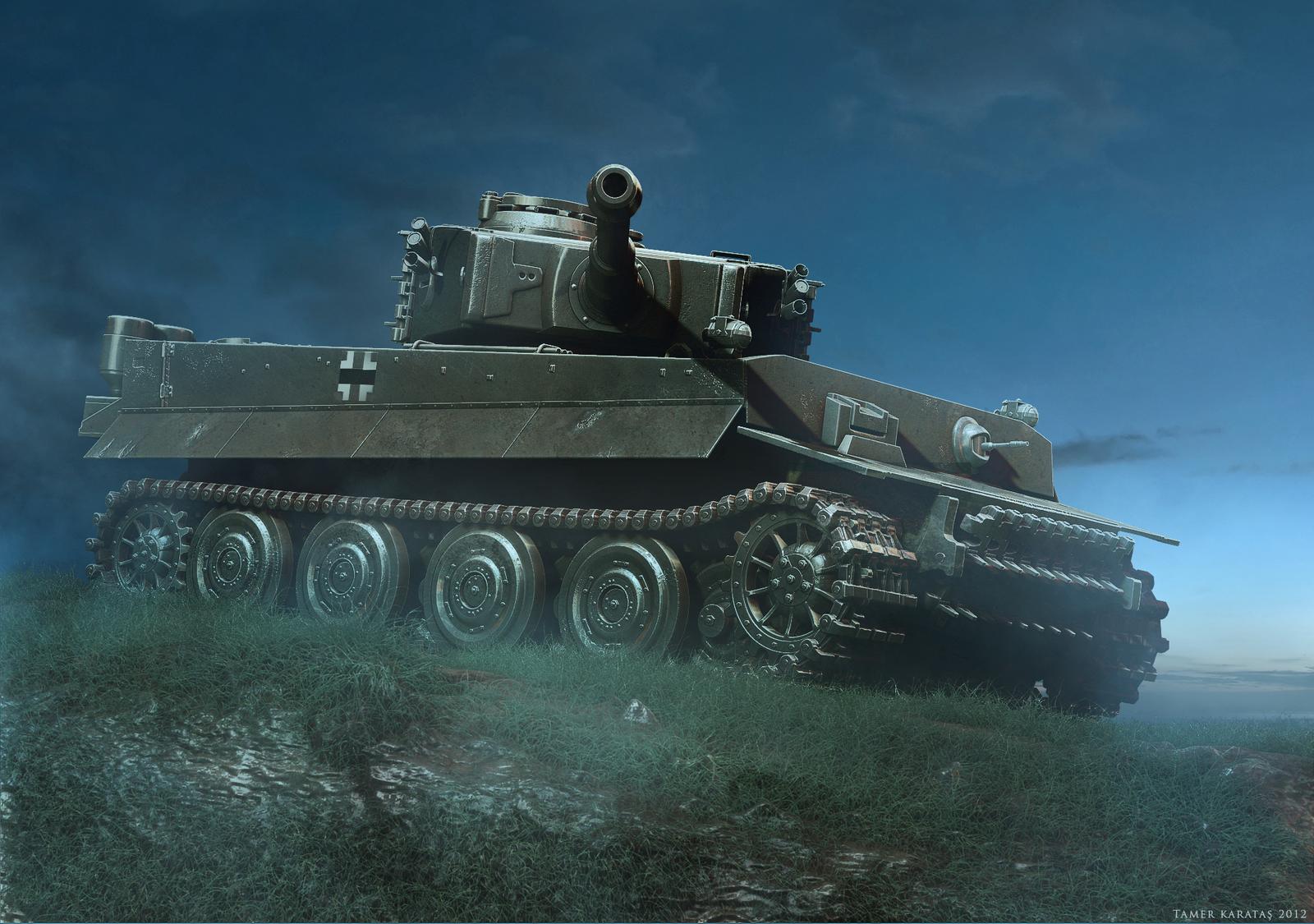 Western Front: It is a good day for German Generals who lead from the front.

On the morning of 13 May 1940, General Erwin Rommel's 7th "Ghost" Panzer Division is the first Wehrmacht unit across the Meuse near Dinant. He personally finds a weir and lock gate across the river that his troops can use to establish a bridgehead, and sends over motorcycle troops. His troops spend the rest of the day slowly expanding the bridgehead against scattered French opposition. Taking the broadest view, Rommel's troops threaten to separate the BEF from France if they eventually reach the coast at Abbeville.

The other German formations further south are also across during the day. Generals Guderian and Reinhardt make crossings at Sedan and Monthermé, respectively. Guderian's crossing by XIX Corps includes portions of 1st Panzer Division, 2nd Panzer Division, 10th Panzer Division, and (SS) Infantry Regiment Großdeutschland. This part of Panzer Group Kleist's breakout threatens a penetration into good tank country in the French heartland and is a serious breach of the Allied line. Guderian's men take a more traditional approach than Rommel's, with their initial crossing in rubber boats. There are still some French holdouts in Sedan, but many are beginning to surrender as the Luftwaffe launches mass raids at them (1000 bombers, including Stukas, engage in hours of bombing). Guderian is the first General firmly on French territory, and he gains the nickname "Fast Heinz."

This is true Blitzkrieg stuff, with the Stukas blasting holes through the French lines for the German troops to capitalize on. All of the German bridgeheads quickly put up pontoon bridges by evening. Tanks are able to cross and help expand the slender German footholds. French General Huntzinger has brave words about the penetrations: "That will just mean we take more prisoners."

However, the nearby French troops are not nearly as sanguine. The French troops begin to panic - in fact, the situation is known as the "Panic of Bulson" due to French troops fleeing a portion of the line on Bulson ridge 10 km (6.2 miles) behind the river. Any French chance to pierce the German bridgehead or even contain it is lost within the opening hours due to this panic and slow reflexes by the Supreme Allied Headquarters.

Northeast of Namur, Belgium, the French 2nd and 3rd Light Mechanized Divisions fight the 3rd and 4th Panzer Divisions of the German XVI Corps of the 6th Army. There is fierce fighting with many destroyed tanks throughout the day. The French tanks line up in a long line to cover the Gembloux gap, a strategy that fails. The Germans prevail through sheer numbers. While many German tanks are disabled, the Wehrmacht retains possession of the battlefield and many of them can be repaired; the French, however, incur staggering tank losses (roughly 105 tanks lost), with all complete write-offs. The French retreat to a defensive position at Gembloux.

German ground troops link with the paratroopers holding the bridges at Moerdijk, a rare success for the airborne troops. The 9th Panzer Division of 18th Army breaks into "Fortress Holland" and is approaching Rotterdam from the south. The 22nd Flieger Division holds key bridges in the city. The Germans are approaching the Nieuwe Maas River.

At the Afsluitdijk in the far north, German troops advance after 62 Luftwaffe planes bomb Fort Kornwerderzand, losing four of their number. The assault fails completely, with heavy German casualties.

At Grebbeberg, the Germans shift their axis of attack to the north of the main hill. The Dutch are hampered by the withdrawal of support aircraft to fight the German penetrations across the Meuse to the south. Attacking first, the Dutch make some gains, but the Germans begin their own preparatory bombardment for an attack, and this, combined with rampant confusion and much friendly fire, destroys the Dutch attack. The Germans seize upon the confusion, mount attacks all along the line, and in the end, the entire Dutch line falls. In the process, Obersturmbannführer (Lieutenant Colonel) Hilmar Wäckerle and his battalion of the SS brigade, who had impetuously advanced through the Dutch lines on the 12th and then been surrounded in a factory, are relieved.

The Allies, ensconced on the Dyle Line, have taken some prisoners. Some 900 German POWs are transported to Britain aboard Dutch ship Phrontis.

The BEF receives reinforcements, as the British 2nd Battalion of Irish Guards Regiment arrives at Hook of Holland.

European Air Operations: New French fighters appear over the front. Dewoitine D-520 fighters, which match any other fighters in the world, engage Bf 109s over the Meuse front and have a great debut, destroying four Luftwaffe planes without loss to themselves.

RAF bomber command switches to tactical missions, attacking bridges and roads around the German breakouts near Maastricht and Eindhoven.

Battle of the Atlantic: German raider Widder continues its journey along the Norwegian coast. British submarine HMS Clyde spots Widder but is unable to damage it.

Norway: It is twilight throughout the night in Narvik. The Allies advance on Narvik from Harstad. Norwegian 6th Infantry Brigade leads the assault on Narvik. The Wehrmacht troops in Narvik are heavily outnumbered, one regiment facing several divisions, but are well-led and have advantages of terrain.

British cruisers HMS Aurora and HMS Effingham bombard Bjerkvik early in the morning. At 01:00, the French land the Foreign Legion and light tanks at Bjerkvik and Øyjord (13th Demi-Brigade Legion Etranger). This position can be used for landings across the Rombaksfjord, and also offers the chance to cut the main Narvik rail line to Sweden. The French take 36 casualties, and the local citizens also suffer.

British Government: While introducing his new war cabinet in a radio broadcast, Winston Churchill fires off one of his best lines: "I have nothing to offer but blood, toil, tears, and sweat." The aim is:


Victory at all costs, victory in spite of all terror, victory however long and hard the road may be, for without victory, there is no survival.

His new Minister of Labour and National Service is Ernest Bevin, appropriately a Labour politician in Churchill's coalition government.

War Crimes: The Battle of Grebbeberg is fiercely fought, and there have been potential war crimes on both sides. Obersturmbannführer Wäckerle, in a desperate situation (he could not foresee the fall of the Dutch defenses so quickly), uses Dutch prisoners as human shields to break out. He also orders his men to don Dutch uniforms - though they forget to put on Dutch boots, which gives them away. The real Dutch units recognize the deception and fire on the escaping SS men, whose breakout fails. Wäckerle himself is badly wounded and evacuated once his troops are rescued.

Holland: Several members of the royal family, including Queen Wilhelmina (aboard HMS Hereward), and part of the Dutch government (HMS Windsor) arrive in London.

Canada: Robert Manion, whose leadership of the Conservative Party has been disastrous and who even was defeated in his own seat, formally resigns as leader of the party.

British Homefront: The British government interns all Germans and Austrians in England as possible saboteurs.

China: US gunboat USS Tutuila (PR 4), stranded on a reef in the Yangtze River near Chungking, escapes from its predicament.