Western Front: French Prime Minister Paul Reynaud on 17 May 1940 is casting about for a solution to an insoluble problem. He has fired Commander-in-chief Gamelin and recalled Generals Weygand and Petain from the Middle East. He also appeals for a thousand American planes to fill the French skies and drive out the invader.

The German OKW (military high command) is increasingly agitated at the panzer divisions heading toward the channel without waiting for the infantry. Many of the top generals are infantry officers who do not understand or appreciate fluid battles. In addition, and more importantly, Hitler gets nervous and throws tantrums about the danger of armor advancing beyond the infantry. General Jodl notes in his diary that Hitler is "nervous and irritable - terrified by success, fearful of a collapse."

General Paul Ludwig Ewald von Kleist issues (another) stop order and holds a dramatic meeting with General Guderian. Guderian resigns, and von Kleist accepts the resignation. General Gerd von Rundstedt, though, who was one of the original advocates of the Fall Gelb plan, steps in. He reinstates Guderian. Guderian is allowed to continue his "reconnaissance in force," and he maintains the farce by purposefully understating the extent of his troops' advance in reports to his superiors.

As shown in several actions, the French tanks are of high quality. More investment in them and less in the Maginot Line might have made more sense in the pre-war years. While strong, however, they have the odd weakness of having a limited range. Many French tanks are rendered useless to operations when they simply run out of gas while assembling for battle.

General Rommel and the 5th Panzer Division have lost 50 of their 500 tanks destroying French 1st Division Cuirassée (DCR), which has been forced to retreat with only 3 tanks left. Before dawn, Rommel takes Avesnes-sur-Helpe. Rommel presses forward throughout the day and reaches and seizes Le Cateau by evening. To do so, he must cross the Sambre River. The French helpfully have left a bridge there intact for him. Rommel at this point claims to have taken 10,000 prisoners to losses of only 36 men.

The French 4th Armored Division under General Charles de Gaulle is assembled near Laon with 200 tanks, including the fine Char B. At 04:14, he attempts a flank attack on General Guderian's own headquarters at Montcornet. Guderian calls the 10th Panzer Division back from its fight on the flank, and also calls in the Luftwaffe's Fliegerkorps VIII.

De Gaulle's men surround Montcornet by noon and take 500 prisoners, but the Luftwaffe and the Germans in the town (using 3.7 cm Pak 36 anti-tank guns), along with some panzers, stop the assault around mid-day. At 16:00, de Gaulle tries again, and this time the German defenders add 88 mm Flak guns to the defense. The Luftwaffe returns at 18:00, and the French are forced back to their starting positions having lost 23 tanks. The Germans are not impressed by the French tentativeness. De Gaulle does get one cheery bit of news, though, when a superior tells him that his advocacy of mass armored attacks is indeed the correct strategy: "Cheer up! The Germans have proved you right!"

German Sixth Army under General Reichenau has brushed aside all resistance and today take Brussels as the BEF retreats before it. The Allies evacuate Antwerp and the islands of Walcheren and Beveland, but the Germans are not yet ready to occupy them.

Lord Gort, in charge of the BEF, has a decision to make. He has a strong force of capable troops, while the Germans in front of him are not much of a threat. There is, however, a very dangerous German spearhead breaking out from Sedan (headed westward) advancing to the sea just to his south. Gort can either retire toward the coast himself or perhaps stage a spectacular flank attack on the German mobile forces.

Gort makes his decision. He forms a small force to protect his flank from the Germans under his chief of intelligence, General Mason-Macfarlane. Regardless of his abilities as a battlefield commander, Mason-Macfarlane likely would be of more use in his intelligence role than in commanding troops. Gort then retreats to the west. It is this retrograde movement that enables Reichenau's 6th Army to enter Brussels. The British and French fall back from the Dyle River to the Dender River.

European Air Operations: The RAF sends in a dozen or so Blenheim bombers against the Germans at Gembloux, Belgium, losing eight and not appreciably damaging the Wehrmacht troops.

RAF Bomber Command continues its turn to strategic bombing and attacks Hamburg, Bremen, and Cologne during the night.

Battle of the Atlantic: The Venezuelan government orders the navy to take over German merchant ships Durazzo and Sesostris.

Norway: British cruiser Effingham is carrying 2nd Battalion of the South Wales Borderers and supplies south of Narvik. Due to fears of Luftwaffe attacks, it is proceeding at a fast 23 knots in shallow waters. It hits a rock 12 miles off Bodø. HMS Effingham is a complete write-off and eventually is scuttled to avoid capture. The battalion of troops aboard is brought back to Harstad.

The Germans of 2nd Mountain Division attack the allies at Stien, some 3 miles (4.8 km) west of Mo i Rana. They mount a frontal assault under Generalleutnant Valentin Feurstein. The main German assault is stopped, but a flanking effort using skis comes down behind the defenders on the Dalselva River using Schmeisser machine pistols. The Allies withdraw. 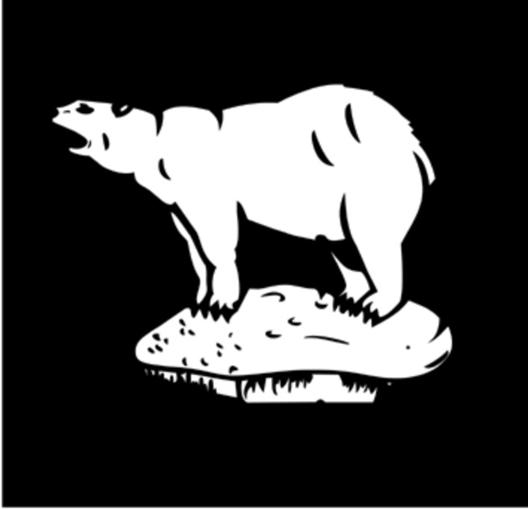 Iceland: The British 147th Infantry Brigade takes over as an occupation force. Pursuant to government orders, the (invading) troops are to be treated as "guests," and it is a fairly easy billet but for the weather. This is Operation Fork. The 147th Brigade has a sense of humor and adopts as its unit insignia a polar bear on an ice floe.

China: At the Battle of Tsaoyang-Ichang, the Japanese 11th Army marches into Tsaoyang.