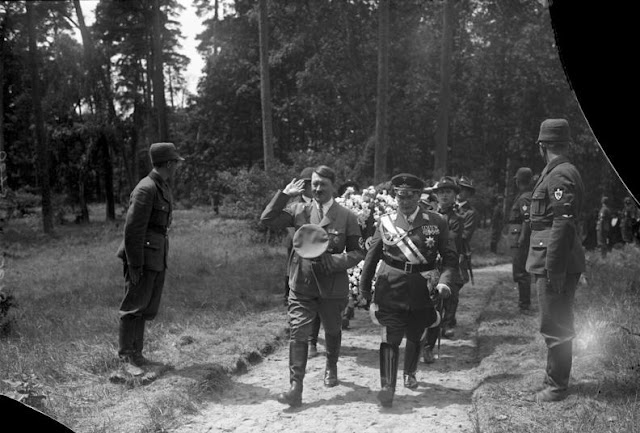 German Government: Hermann Goering stages an elaborate re-burial ceremony at his hunting villa, Carinhall, for his first wife Carin, who had died several years previously. Carin had been "the life of the party" and everyone had loved her, but the extreme poverty of the 1920s had caused her to contract tuberculosis. Hitler attends the Gothic ceremony, but he has other things on his mind. Afterward, Goering and Hitler confer about Ernst Röhm, who somewhat unwisely chose not to attend (or, worse for him, perhaps had not been invited). Goering is adamant that the time has come to do something about Röhm. A sense of urgency is imparted that day when a shot is fired at Hitler but hits Himmler instead, lightly wounding him. The shooter allegedly is a SA escort.

The SA, known popularly as the "Brownshirts," had been instrumental in Hitler's rise to power and now numbered some 4 million men. The top leaders of the Third Reich believe that Röhm has become a bit too powerful and ambitious for his own good; Hitler reluctantly agrees, and if there is one thing that Hitler cannot abide within his own organization, it is politically ambitious competitors. Hitler orders planning to commence, though he is not yet sure of the exact timing.

Goering, Heinrich Himmler, Hitler and perhaps Goebbels and a few others draw up their own "hit lists" for the appointed day. The operation will happen when Hitler is in full public view and the SA is on holiday and thus defenseless. Basically, each of Hitler's cronies gets to chip in a few intended victims, and it is unclear if there even is one single master list.

Goering is a key driver behind the Night of the Long Knives plan. Those who now, looking back, only see Goering as a figure of ridicule during the war due to his girth and eccentric habits (already on display at the funeral, with his gaudy decorations) miss key points about him. Goering exudes steeliness and utter ruthlessness during crises that Hitler admires. This is what has made Goering the No. 2 man in the Reich and will keep him there until the end. For this operation, Hitler creates a formula that he will use repeatedly throughout the '30s: Goering to run things, and Himmler to craft and implement the dirty tricks.

The remains of Carin will be completely forgotten after Goering has his villa blown up to keep it from the advancing Russians in 1945. Stunned visitors in 2013 will find the urn just laying where it had been interred in 1934, after which the remains will be returned to Carin's Swedish relatives. 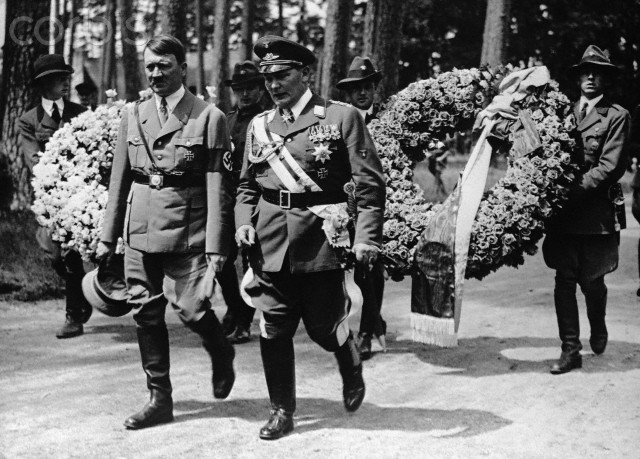