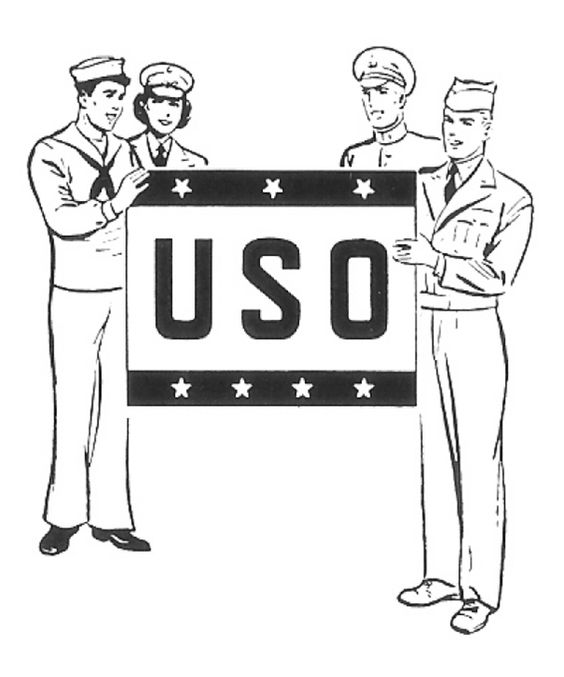 Italian/Greek Campaign: While the Greeks have possession of the Trebeshinë massif on 4 February 1941, the Italians in the vicinity are not giving up as quickly as other Italian troops have done. The battle for the heights continues.

East African Campaign: The 11th Indian Infantry Brigade of the 4th Indian Division is on the outskirts of Keren, Eritrea. While an unprepossessing town, Keren is heavily fortified and offers excellent defensive advantages for the Italians and their colonial troops. Located on a plateau at high altitude, the Italians have positions on the mountains on either side which offer excellent fields of fire. In addition, the Italians have engaged in expert demolition work and mined the approaches. The British advance troops, though, are full of confidence from past Italian military ineptness. They spend the day reconnoitering the vicinity and prepare to attack on the 5th, without waiting for the rest of the division. Elsewhere, British troops continue forward in Abyssinia and Italian Somaliland.

European Air Operations: RAF Bomber Command raids Düsseldorf, killing 35. After dark, the RAF sends 38 bombers against Brest and Le Havre, 31 bombers against Bordeaux and Calais, and 37 bombers to bomb airfields and other targets in northwest France (including Vannes, Ostend, and Dunkirk). Coastal Command raids Cherbourg twice during the day.

The Luftwaffe continues its winter hibernation. There are small raids against London and the rest of England after dark.

Battle of the Atlantic: The weather remains rough, and that causes some collisions and other difficulties. It also probably helps the German surface raiders avoid detection. The day's sinkings also illustrate the special perils faced by convoy stragglers, as three are sent to the bottom.

At dawn, German battlecruisers Gneisenau and Scharnhorst emerge from the Denmark Strait (between Iceland and Greenland) and enter the Atlantic. They have not been spotted by the Allies, and plan to meet up with a German tanker, Schlettstadt, before heading into the convoy lanes.

U-52 (Kptlt. Otto Salman) torpedoes and sinks 1298-ton Norwegian freighter Ringhorn in the shipping lanes west of Ireland. There are five survivors and 14 deaths. Ringhorn is a straggler of Convoy OB 280.

U-93 (Kptlt. Claus Korth) is operating in the shipping lanes northwest of Ireland when it spots 2660-ton British freighter Dione II straggling behind Convoy SC 20. It sinks the Dione II with gunfire. There is only one survivor in the rough seas.

The Luftwaffe (I,/KG 40 Focke-Wulf Fw 200 Condors) bombs and sinks 4443-ton Greek freighter Calatatis in the shipping lanes northwest of Ireland. There are 18 deaths and 13 survivors.

Royal Navy 92-ton drifter HMS Imbat is sunk in a collision at Scapa Flow, while minesweepers HMS Kellett and Leda suffer damage from a collision at Aberdeen.

The Luftwaffe attacks shipping in the Humber. One of its aerial parachute mines hits 1177-ton British freighter Gwynwood. There are 11 deaths.

U-43 (Wolfgang Luth) has some kind of issue with its ballast tanks and sinks at its moorings in Lorient. The submarine is raised but requires extensive repairs that last three months.

Norwegian tanker Passat, which had been used by German raider Pinguin to lay mines off Australia in late 1940, arrives in France with its prize crew and prisoners.

The Royal Navy's First Minelaying Squadron lays minefield SN 7A in the North Sea. One of the ships, minelayer HMS Menestheus, runs into a mine in minefield SN 3 and has to be towed back to port. Minelayer Teviotbank operates separately off the east coast and lays minefield BS 50.

Battle of the Mediterranean: Lieutenant Colonel John Combe leads his "Combe Force" to the south of Green Mountain (Jebel Akhdar) west of Derna. He is in command of 11th Hussars, followed by the 7th Armoured Division (which departs from Mechili at dawn). The infantry is in wheeled vehicles and must cross 150 miles of desert. The terrain is difficult, but Combe Force makes good progress and reaches Msus around dark. The 7th Armoured Division arrives shortly afterward, and Colonel Combe plans to send his troops toward the main raid being used by the Italians in the morning.

The motorized force aims to cut the retreating Italian 10th Army off between Benghazi and Tripoli. While he only has about 2000 men, Combe can stop the Italian retreat cold if he can get to the coast road (Via Balbia) south of Benghazi and form a block. Then, he merely has to hold his position while the Australian 6th Infantry Division presses against them on the coast road from the east. The timing is going to be tight because the Italians have a head start and already have begun evacuating Benghazi. Arriving after the Italians have passed by would make the whole endeavor profitless, but getting there in time could bag an entire Italian army.

Fliegerkorps X drops aerial mines in Tobruk Harbour. This forces the Royal Navy, which has no minesweepers immediately available, to turn back two troopships to Alexandria. Four corvettes are fitted with minesweeping gear at Alexandria to sweep Tobruk Harbour.

The Luftwaffe's aerial mining of the Suez Canal pays more dividends today. Greek 3283 ton freighter Aghios Georgios hits a mine and sinks, temporarily blocking part of the channel. The ship later is hauled out to re-open the shipping lanes. There are three deaths.

At Malta, Fliegerkorps X attacks Hal Far and Luqa airfields with two formations of Junkers Ju 88 bombers at 17:50. It is a particularly effective raid, damaging all the hangars at Hal Far. RAF Gloster Gladiator Hope, one of the famous trio "Faith, Hope and Charity" that in legend saved Malta, is destroyed by a direct bomb hit. Another raid a little later sees bombs drop between Sans Souci and Marnisi.

German radio is quick to crow about the unusually effective raid on Malta. It states that the Wehrmacht will capture Malta "in a fortnight."

Battle of the Pacific: The US Navy resumes its search for the unidentified underwater contact off Oahu made on the 3rd by USS Dale. A handful of destroyers patrol the waters near the island, but they find nothing and eventually call off the search.

Convoy US 9 departs from Sydney. It is composed of troopships Aquitania, Mauretania, Nieuw Amsterdam, and Queen Mary. Its first stop is Fremantle. US 9 carries the Australian 8th Infantry Division (General Gordon Bennett) to Malaya.

US Military: Fleet Landing Exercise (FLEX) No. 7 starts. The Atlantic Fleet under the command of Admiral King practices landing the US Army's 1st Infantry Division and the 1st Marine Division at Vieques-Culebra, Puerto Rico. This is a well-equipped exercise, with the troops arriving in new transports.

The United Service Organizations Inc. (USO) forms at the behest of President Roosevelt. This organization is designed to work in conjunction with the War Department to provide entertainment and recreational services to members of the military, particularly while they are on leave. The USO is created by The Salvation Army, the YMCA and YWCA, National Catholic Community Services, National Travelers Aid Association, and National Jewish Welfare Board.

The USO is a unique endeavor; congressionally chartered, the government builds the infrastructure while private organizations handle fundraising and entertainment services. Thomas Dewey is the first national campaign chairman. The USO is remembered by World War II veterans for its famous USO shows, for things like free dances (as opposed to the 10-cents-a-dance dives), and for its centers in cities where traveling servicemen could grab a cup of java or a boiled egg. The USO continues to the present day. Several Hollywood legends devote extensive amounts of time to the USO, including Edward G. Robinson, Ann Miller, and Bob Hope.

German Military: Admiral Erich Raeder confers with Hitler. The topic is Japan. While sometimes Raeder offers shrewd analysis (the invasion of Denmark and Norway was largely his idea), this is not one of those times. It is Raeder's opinion that baiting the United States into the war could draw Japan into the war as well, helping the Axis cause overall. This cataclysmic misreading of the respective military potential of the two countries reflects both Germany's overestimation of Japanese military power and the massive underestimation of potential US power.

British Government: Prime Minister Winston Churchill exhibits two of his prime wartime traits today: his tendency to delve into the minutiae of military matters, and his unceasing desire to censor the press.

He sends a memo to Secretary of State for War David Margesson protesting against a Times article detailing a supposed military requirement that all troops - including the most senior officers - are required to complete a 7-mile cross-country run. Churchill concludes that "In my experience, based on many years' observation, officers with high athletic qualifications are not usually successful in the higher ranks."

Churchill also sends a memo to Minister of Information Alfred Duff Cooper decrying that the newspapers publishing "facts about the war and our policy which should not be disclosed." He urges that Duff Cooper file complaints with the newspaper in question when this happens. As a matter of fact, Hitler routinely receives copies of foreign newspapers every morning, and they inform many of his decisions - though it is unlikely that Churchill knows this.

US Government: Both houses of Congress continue their deliberations regarding the Lend-Lease Bill. Historian Charles A. Beard testifies before the Senate Foreign Relations Committee in opposition to the bill, stating:


All provisions of law and the Constitution to the contrary, notwithstanding, an Act to place all the wealth and all the men and women in the United States at the free disposal of the President, to permit him to transfer or carry goods to any foreign government he may be pleased to designate, anywhere in the world, to authorize him to wage undeclared wars for anybody, anywhere in the world, until the affairs of the world are ordered to suit his policies, and for any other purpose he may have in mind now or at any time in the future, which may be remotely related to the contingencies contemplated in the title of this Act.