Battle of Britain: The weather remains poor throughout the day of 22 October 1940, only clearing up a bit in the afternoon. On days like this, simply flying can be almost as dangerous as encountering the enemy. The Germans lose a handful of planes (and pilots) to crashes caused or aided by the weather. While offensive operations are curtailed, those that do occur generally face little opposition, as interceptions are extremely difficult in the wet, cloudy air.

During the morning, there are some pirate raids and the like. Eastbourne is hit at about 10:30, killing two and injuring 16. A stick of bombs may not destroy anything industrial of strategic value, but it can wipe out a neighborhood in an instant.

Around 14:00, the Luftwaffe mounts its largest raid of the day. A few dozen fighter-bombers (Jabos) cross over toward London. RAF Nos. 74 and 605 Squadrons intercept, and bombs fall on RAF Brockworth, where there are two dead and 32 injured.

Other, smaller raids take place throughout the afternoon, including a large raid around 16:00. Many of the raiders turn back before attacking due to the weather, others head for the usual airfields around London such as Biggin Hill and Hornchurch. The two top Luftwaffe fighter formations, JG 26 (Galland) and 51 (Molders) are in action, and the RAF sends up eight squadrons to intercept. It is one of Werner Molders' best days, as he claims three Hurricanes to bring his score to 50, tops in the war to date.

The night raids on London are notable for how small they are in comparison to other raids since the start of the Blitz on 7 September. Many call this the easiest night of the Blitz. The bulk of the raids occur right after darkness sets in between 18:30 and the next few hours. Coventry is hit hard, suffering 150 fires and extensive damage to goods yards and factories. KGr 606 Dornier Do 17s bomb Liverpool at about 20:30, but the damage is not as great as at Coventry. Bombing accuracy is especially poor on a poor-weather night like this, and a lot of damage is avoided when bombs drop in undeveloped areas.

Total losses for the day are minimal. The RAF loses a handful of planes (4 pilots killed) and the Luftwaffe roughly the same number of Bf 109s.

Unexploded bombs remain a real problem. They are everywhere in major cities, and it can take weeks to address them. Meanwhile, they sit silently, nobody knowing if they will suddenly go off - and this includes some large land mines. At Seal, a bomb disposal officer working on such a bomb that had sat quietly for three weeks does something wrong with the fuse as he is working on it, and the bomb goes off - no trace of the body anywhere.

The Luftwaffe loses two Focke-Wulf FW 200C-1 Condors at sea near Ireland, one while attacking a ship near Cape Clear.

The coastal guns at "Hellfire Corner" (the Dover Strait) exchange a few shells between 07:50 and 09:04. While not achieving much strategically, the German shelling does make life worse for many in Dover. The occasional "lucky hit" destroys numerous houses and cuts roads. Today, 30 houses suffer light damaged and four people are lightly injured, while the A259 road to Folkestone is hit and partially closed. It is a "keep calm and carry on" situation.

European Air Operations: The weather continues to be poor, so RAF Bomber Command does not get in the air during the night.

Battle of the Atlantic: After suffering through a very rough patch from 18-21 October 1940, the Royal Navy and British merchant marine get a relatively calm day. However, even "quiet" periods now involve multiple sinkings.

While providing escort duties to Convoy OL 8 sailing out of Liverpool, Royal Navy destroyer HMCS Margaree (Cdr J. W. R. Roy RCN) collides with 8337-ton British ammunition ship Port Fairy in rough seas about 483 km west of Ireland. The destroyer sinks quickly, taking her captain and 140 other men with her. Port Fairy comes off much the better in the incident and rescues 34 men. This was the Margaree's first mission for the Canadian Royal Navy, having been destroyer USS Diana with the British Home Fleet before being transferred to Canada on 6 September. The crew of the Margaree had been largely composed of survivors of the HMCS Fraser, lost on 25 June after a collision with cruiser HMS Calcutta. In addition to the large loss of life, many of the survivors are wounded.

The Luftwaffe bombs and sinks 825-ton collier Kerry Head a few miles south of Blackball Head, near Cape Clear Island, County Cork. There are no survivors, all 12 men perish.

British freighter Cairnglen runs aground and is lost at Marsden, Northumberland. Everybody survives.

Royal Navy 545 ton trawler HMT Hickory (T116, Lt. Ralph Eric Harding, RNZNVR) hits a mine and sinks south of the Isle of Portland, Dorset. There are 20 deaths, survivors are picked up by HMT Pine (including Harding, who is wounded).

The Admiralty fears an invasion of the Shetland Islands after dark, and so sends out a destroyer patrol (HMS Somali, Punjabi, Matabele) east of the islands. This is Operation DNU. They find nothing and soon return to their regular patrols.

U-108 (Kapitänleutnant Klaus Scholtz) is commissioned.

Battle of the Mediterranean: Mussolini has the Regia Marina form a "Special Naval Force" for a landing on Corfu contemplated at the end of the month (later canceled). This includes cruisers, numerous destroyers, landing craft, and other supporting units.

The South African Air Force raids Birkau in Italian East Africa. This is the fifth time they have done this.

At Malta, Governor Dobbie works on getting gas masks and related equipment. Recent reinforcements are unprotected and vulnerable. The basic problem, of course, is that getting any supplies at all to Malta is extremely hazardous and costly for the Royal Navy.

Battle of the Indian Ocean: German raider Atlantis, disguised as Dutch freighter Tarifa, captures 5623-ton Yugoslavian freighter Durmitor. Atlantis' Captain Rugge converts the freighter into a prison ship while he sails the Atlantis into the Sunda Strait in search of more victims. 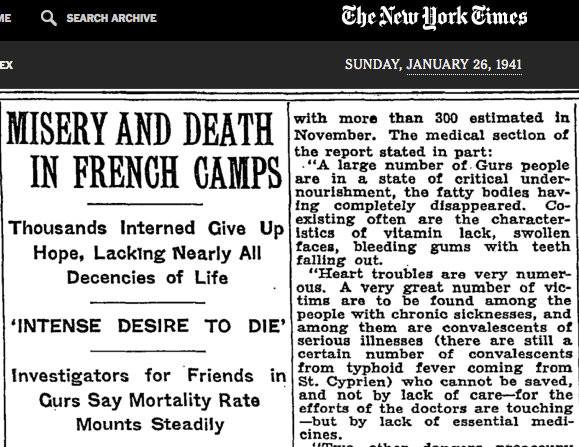 German/French Relations: Having traveled somewhat leisurely on his Special Train (Führersonderzug) "Amerika" from Berlin to France, Adolf Hitler at 18:30 meets at  Montoire-sur-le-Loir with French Vice-President of Vichy's Council of Ministers Pierre Laval. Conferring with Hitler and German Foreign Minister Ribbentrop an hour later, Laval is non-committal about signing any documents but expresses his personal willingness to work (collaborate) with the Germans. The conference is encouraging for Hitler but does not provide Ribbentrop with any opportunities to have Laval sign the agreement he has brought which would create a formal alliance between Germany and France on economic, political, and military grounds. Anything along those lines obviously would have to be approved (and signed) by Marshal Petain, with whom Hitler will meet on his return trip.

Some like to portray this meeting as a German "failure" to form an alliance with France. Perhaps, but that really is vastly overstating matters. Instead, the meeting is inconclusive. Laval has no real power. All power in Vichy France resides in Petain, who can dismiss him or anyone else at will. Hitler stays the night at Montoire in his train before proceeding to his meeting with Spanish leader Franco at Hendaye.

Anglo/French Relations: On the same day that Hitler is conferring with Laval, Petain's representative Louis Rougier arrives in London from Vichy to discuss Anglo-French reconciliation.

Anglo/Belgian Relations: Hubert Pierlot, Belgian Premier, and Paul-Henri Spaak, Foreign Minister, arrive in London by airplane from Lisbon. After being imprisoned by the Francoist regime at the Hotel Majestic in Barcelona, they had escaped Spain recently by hiding in a truck and then crossing the border to Portugal (Their escape is still commemorated at the Hotel Majestic with a plaque.). Lisbon is a well-known destination for fugitives, providing one of the few safe (relatively) conduits between the German and British orbits due to the truly neutral attitude (extremely rare in Europe) of Portuguese leader António de Oliveira Salazar. Their new digs are the Carlton Hotel in London.

Italian/Bulgarian Relations: Mussolini previously has asked King Boris III to participate in the invasion of Greece. This would stretch Greek forces out by requiring them to defend two widely separated fronts. King Boris, however, declines.

Holocaust: Aktion Wagner-Burckel (often referred to as just Aktion Burckel) begins. This is an operation in the German frontier wine region begun by Gauleiters Robert Wagner of Baden and Josef Burckel of the Saar and Pfalz (now, in 1940, reworked together as Westmark). Deportation begins of almost 30,000 Jews from the German-occupied zone of France to the Vichy-controlled area, basically expelling them from the Reich. They are not much safer there - but anything is better than Poland. Burckel, in particular, is a virulent anti-Semite who has been working to achieve his schemes since Hitler first came to power in 1933.

Early in the morning, teams of police fan out and pound on doors. They have lists of names of everyone to be deported, secretly compiled in July 1940 shortly after the fall of France. Everything is done by a strict timetable: victims are told how much time they have to pack, what they could bring with them (not much), and how their remaining property left behind was to handled. Pets are given to neighbors and receipts for them obtained. It is all very orderly and brutal.

Burckel's and Wagner's motivations are to "cleanse" or "sterilize" the frontier region of both Jews and its historical culture so that it may be absorbed as just another nondescript region of the Greater Reich. Partly, they aim to stamp out "Landesgeschichte," or regional identity/history, and replace it with "Volksgemeinschaft," or "common history of the people." This attitude flows from the fact that, in the past, all of Germany had been composed of local fiefdoms, and the idea of a national, as opposed to regional, identity is new in the grand scheme of things. This type of "cleansing" later also will be undertaken by Reinhard Heydrich in the provinces of Bohemia and Moravia (formerly Czechoslovakia), with mixed success (people tend to protect their own history). The Aktion Wagner-Burckel operation will continue for a year and basically achieve the "cleansing" ends to one extent or another for the duration of the war.

Speaking of Poland, some pinpoint 22 October 1940 as the true establishment of the Warsaw Ghetto. Hans Frank has been working on that all year long, and it has been a gradual process with several dates possible as the true "beginning" of this walled-off community.