Battle of the Mediterranean: Admiral James Somerville of Force H executes his orders to neutralize the French fleet at Mers El Kébir, Oran Province, northwest Algeria on 3 July 1940. He gives the French commanders the options to surrender the fleet, scuttle it, sail it to the Carribean, or be interned. French Admiral Marcel Gensou remains loyal to the Vichy government. He tells Captain Holland, sent to negotiate, that any attack will be a declaration of war. He refuses to act in concert with the Royal Navy, but drags things out. By 13:00, Somerville tires of Gensou's obstinacy and mines the harbor but continues talking.

At 16:46, the Admiralty sends Somerville an order "to settle matters quickly." Somerville gives Gensou until 17:30 to choose an option. With no response, Somerville's force opens fire at 17:56. The gunfire continues for 15 minutes, including 15-inch shells. 23,936 ton French battleship Bretagne is sunk, with 977 killed. Battlecruiser Dunkerque is heavily damaged, with 210 killed, and also battleship Provence. The French lose 1,297 killed and 350 wounded.

Battlecruiser Strasbourg, aircraft carrier Commandant Teste and four destroyers that survive the battle later cross the Mediterranean to the naval base at Toulon under pressure from RAF attacks launched from the Ark Royal. Other ships follow. Both sides launch ineffective air attacks against the other's ships.

Vice-Admiral Sir Andrew Cunningham conducts negotiations in Alexandria with French Admiral René-Émile Godfroy about his battleship Lorraine and four cruisers. Godfroy is much more reasonable and not as much of a Vichy supporter. The situation is not as critical there because France is much further away and British power much stronger. The day ends with no conclusion there and negotiations continuing, but prospects are good.

Prime Minister Churchill regrets the whole affair, which is the first Anglo-French naval conflict since the Napoleonic Wars, and later says that he carries its "scars," but considers it absolutely necessary. He rejects a suggestion by First Lord of the Admiralty Dudley Pound that the Royal Navy should abandon the eastern Mediterranean altogether.

At Malta, the day begins with another air raid alert at 09:45, right on schedule. However, this is just a reconnaissance mission. The Italians lose an SM 79 bomber, while the British lose a Hurricane whose pilot is unhurt. Another raid at 17:55 causes no damage.

Battle of the Atlantic: Operation Grasp is implemented. At dawn, the British seize 59 large French warships in British harbors at Plymouth and Portsmouth. Among these are battleships Courbet and Paris, submarine Surcouf and destroyer Mistral. In all, 2 battleships, 4 cruisers, and 8 destroyers are taken. There are scattered instances of the French resisting, including some minor casualties on the latter two vessels. In all, three British and 1 French sailor perish.

The Admiralty suspends all shipping in the British Channel due to Luftwaffe attacks.

U-29 sinks British freighter Athelaird in the North Atlantic.

HMS Coquetmouth (447t), which is used to keep Amble Harbor dredged, strikes a mine and sinks. Three crew perish.

German raider Komet departs Gdynia for Bergen. Its ultimate destination is the Pacific.

European Air Operations: The Royal Air Force redirects its priorities from German industrial targets such as oil installations and airplane factories to German shipping and ports along the Channel coast.

The Luftwaffe raids Cardiff, Wales for the first time.

At around 15:00, three Ju 88s of I/KG51 attack the Portishead docks in Bristol, and some Dornier Do 17s from KG77 bomb the Kent area. Seven Dorniers go down.

At Maidenhead, a lone Dornier 17 attacks the aerodrome and destroys half a dozen Tiger Moths on the ground and damages 25 others.

The RAF's Fighter Command institutes standing patrols over the Channel.

The Regia Aeronautica has lost 60 aircraft to date.

North Africa: Acting Brigadier Ralph A. Bagnold, pursuant to previous orders from General Wavell, commences his long-range reconnaissance patrols with the Long Range Patrol Unit (LRP) in the desert with his "desert rats." They operate under the 8th Army and have two officers and 85 men, mainly volunteers from the 2nd New Zealand Division.

Exiled Abyssinia leader Haile Selassie, who had been in England, arrives in Khartoum to participate in the reconquest of his country from the Italians who have occupied it since 1935.

The Regia Aeronautica bombs a British base in Aden.

German/Romanian Relations: The Germans reject a Romanian request for a full military alliance. This would be an obvious provocation to the Soviet Union. However, the Wehrmacht has a free hand and is uncertain what to do next, and this draws their attention to the area. General Franz Halder of OKH asks his staff as a desk exercise to consider military alternatives in the East.

British Government: The Duke of Windsor, who has fled France, arrives in Lisbon from Madrid. He is widely believed to be pro-German.

Norway: The Norwegian parliament places pressure on King Haakon to abdicate, but he refuses.

China: At the Battle of South Kwangsi:, the Japanese halt their offensive and both sides adopt a defensive posture. 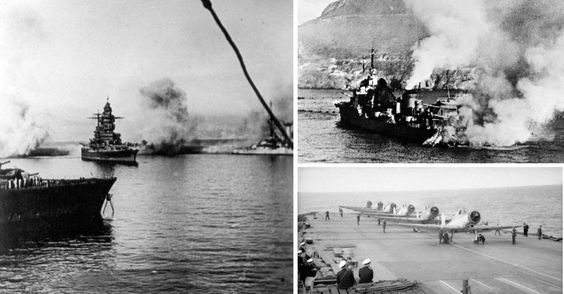